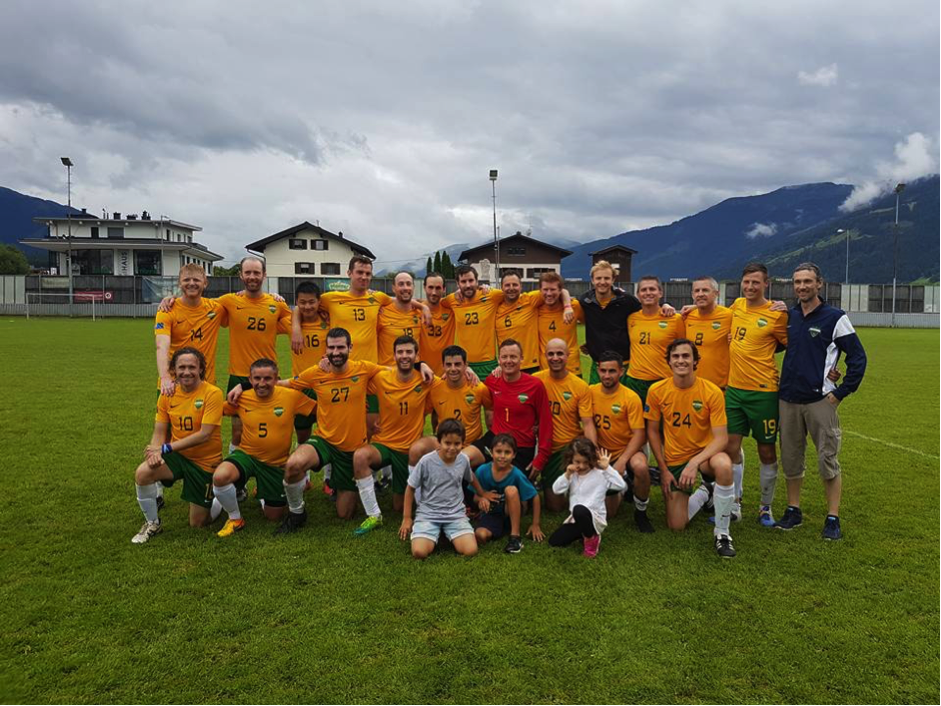 Over the week July 8th – 16th 2017, the Docceroos, an Australian Medical Football Team made up of doctors and healthcare professionals, took part in the World Medical Football Championship (WMFC) and the 23rd Global Congress on Medicine and Health in Sport held in Leogang, Austria.

The WMFC is a soccer tournament that brings together teams of doctors from over 20 nations and 5 continents to compete for the title of ‘World Medical Football Champions’ also known as the ‘Morell Cup’, named after its founder Dr. Ferran Morell. The games are held in the afternoons, whilst the Global Congress on Medicine and Health is held in the morning. This provides doctors from each country a fantastic opportunity to present lectures on sport medicine or interesting medical topics.

Before heading off to Austria, around 60 doctors trialled for the 25 positions in the Australian team. To prepare for the WMFC, there were three training camps held in Victoria, New South Wales and Queensland. Our Ego Medical Representatives attended each State training session for the Docceroos to educate them about different skin conditions and our different Ego products, as well as cheer them on of course.

Each member of the Docceroos also received a years’ supply of QV & SunSense products to help them on their journey.

While the Docceroos were unable to repeat their 2016 Semi-Final appearance this time; they played some quality soccer and showed good sportsmanship which led them to win the Fair Play Trophy. Overall they recorded wins against the USA and South Korea, whilst going down against Argentina, Great Britain, Russia and Ireland.

Congratulations to the Docceroos for all their efforts and excellent sportsmanship!